Good Influence is where it all began. In 2005 Tommi Salminen and Timo Yletyinen got together to make a webcomic about two gamers – a funny guy and a straight guy. The co-operation of Salminen and Yletyinen lasted for 33 strips (~chapter 1), after which Yletyinen left the project and Salminen continued on his own.

Originally Yletyinen wrote the strips, Salminen drew them and, finally, Yletyinen colored them. In the beginning neither of the two had any experience on what they were doing. If you compare the appearance of the beginning of chapter 1 to the last pages of chapter 3, you might have a hard time believeing that they were drawn by the same person. (The last three pages of chapter 3 were colored by Javier Pardillo, the same guy that colored chapter 1 of the Groombridge Log comic.)

In conclusion: For Tommi Salminen this was a learning-project – learn how to draw and learn how to write. (Whether either of these objectives were achieved remains a cause for some dispute.)

You can read all three of the chapter as PDF files from the following links:

Chapter 1 – Two Gamers and a Couch

Update 2020-06-15: This is a disclaimer regarding the events and symbols in chapter 2. No offense is intended. I hope that all nazi communities and all jewish communities can find it in their hearts to forgive a young creator that didn’t know what he was doing. This chapter is a fine example of what happens when you don’t plan ahead your story. The process went something like this: (SPOILERS AHEAD!) 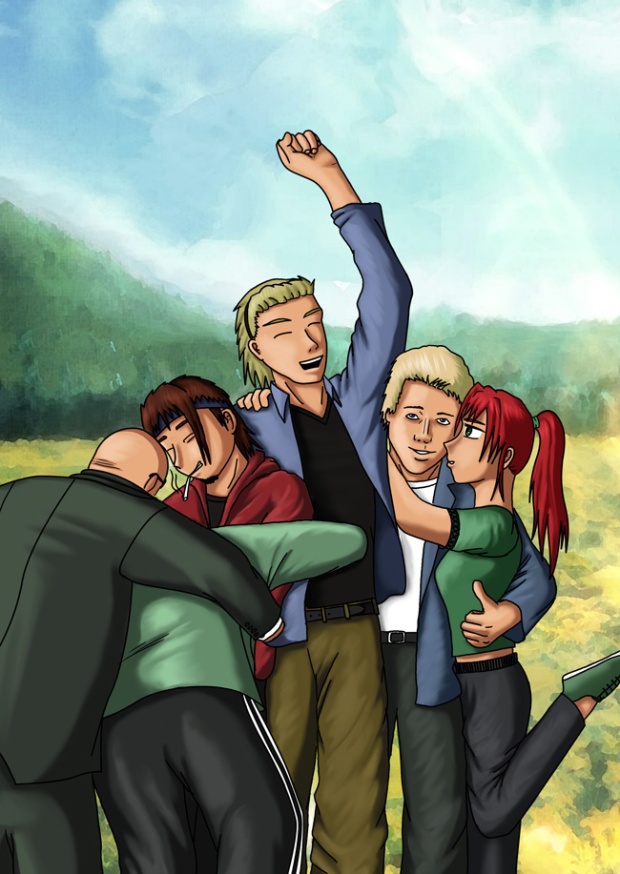